In order for LuckGrib to communicate with an application running inside Windows, the Windows firewall must be setup to allow this.

One clue that the firewall may be interfering with communications is when you try to Verify Settings from the Download Settings area. If the windows firewall is blocking connections, the attempt to verify the settings will fail with a timeout: 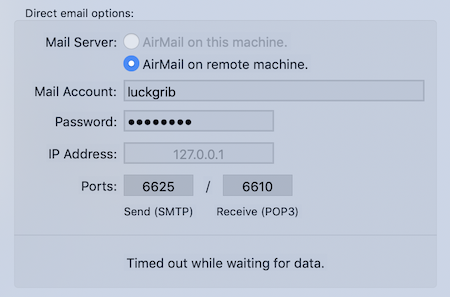 While this guide is setup to allow communications with Airmail running on Windows, the same process should be followed if you are instead running XGate or UUPlus on Windows.

Windows is setup to restrict the incoming connections that are allowed. This is done to make the system more secure.

In order for LuckGrib to be able to communicate with an application running in Windows, you will need to allow these connections. Luckily, this is not difficult.

There may be other ways of solving this problem. These steps worked for the author.

The first step is to open the settings for the Windows firewall. On Windows 10, this can be done by typing “firewall” into the search field as shown: 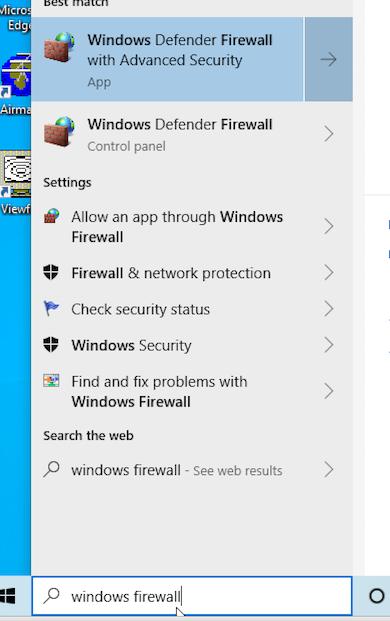 Click on the Windows Defender Firewall application. You will then see a window similar to the following: 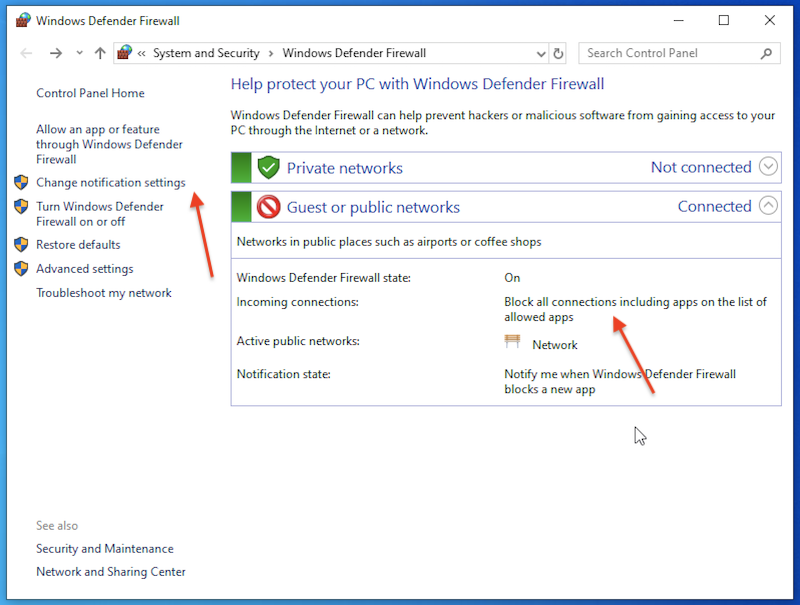 Note from the window above that this instance of Windows believes it is on the Public network, and that there is a setting enabled that will Block all connections including apps on the list of allowed apps.

The setup shown above will not allow LuckGrib to communicate with Airmail running on Windows.

There may be more than one way to solve this problem. I have solved this by changing the configuration in the following way. Click on Change notification settings in the area to the left of the window above. This will then show a window that has the current settings. You want to uncheck the option that is blocking connections to apps on the list of allowed apps: 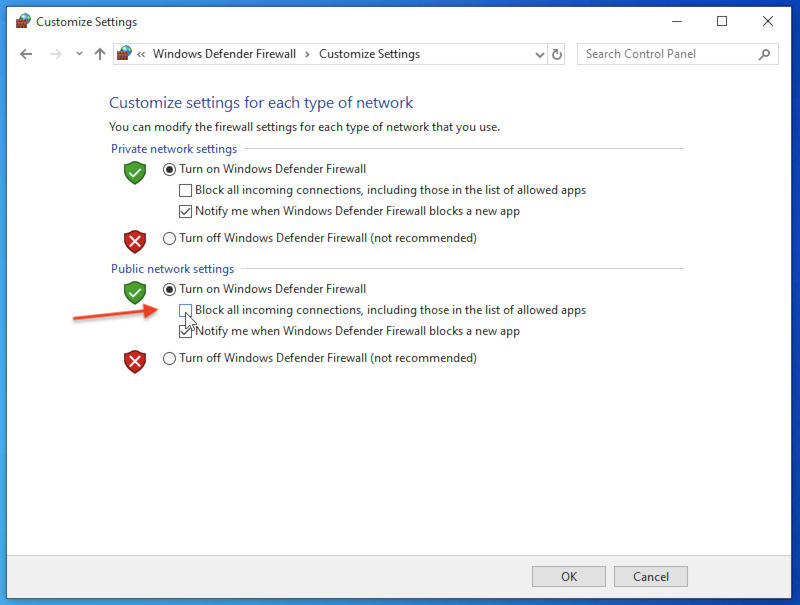 After making that adjustment, and accepting the changes, the previous window will now show that connections to apps on the allowed list will be accepted:

After the firewall has been setup correctly

With this setup, when LuckGrib tries to communicate with Airmail on Windows for the first time, the Windows Firewall software should detect this connection and present you with a window, allowing you to allow or reject this connection. Of course, you will want to allow connections to Airmail.

For example, you may see a window such as the following: 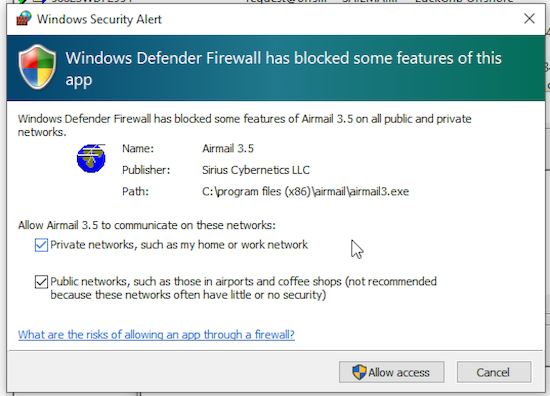 I recommend that you allow connections to both Public and Private networks.

Once you have seen this Windows dialogue, and allowed the connections, you should be able to verify that Airmail is in the list of allowed applications by clicking on Advanced Settings on the left of the Windows Defender window. Then click on Inbound rules:

Note that Airmail is in the list of allowed apps.